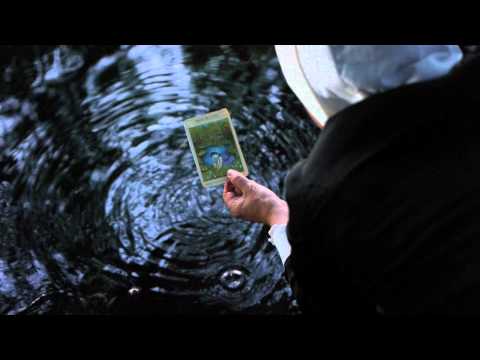 From Bone Cave Ballet’s album Will of the Waves
They would like you to know:

Bone Cave Ballet
“I found it interesting that Jeff, our guitarist & my boyfriend, came up with the initial video concept of a female-oppression theme… which we all fleshed out as a team. We approached it with a spirit of both humor & liberation…because laughter has its own genius way of eliciting emotional freedom.” – Jacqui Gilroy
Using a tongue-in-cheek narrative, the video portrays female musicians’ struggle for equality and recognition in the face of deeply-rooted patriarchy. The band, which includes South Seattle residents Kelly Mynes (drums) and Ezekiel Lords (bass), both wrote and acted in their video. Filmed in three jam-packed days, the video features various locations throughout Seattle, including the Blue Moon Tavern and Woodland Park.
The band’s vision was brought to life by the LA-based team of director Jerry White Jr. and cinematographer Jeremy Royce, as well as Seattle-based Editor Brandon Wilson. Bone Cave Ballet’s songwriter/vocalist Jacqui Gilroy summed up the project this way: “The amount of talent & creative vision that went into this 5 minutes of music cinema was immense, and it’s really evident in the final product. This is the collaborative creation that I’m the most proud to have been part of to date.”

About the track “Great Cycle” which is FREE!
“The song Great Cycle was inspired by concepts of big change happening in the years approaching December 2012. So many myths were floating around about what the day would mean for humankind… ie. the end of our species/ massive shifts in the world as we know it. I was going through a period of personal transformation at that time,… waking-up from a phase of learning tough lessons about my own internalized oppression. I was simultaneously tuned into the scene of uprising & rebellion that was occurring across the globe in the hearts of people involved in the Arab Spring, where a large spirit of rebellion forced oppressive rulers out of power. The term ‘Great Cycle” is one the Mayans used to describe their prediction that it would be a time of large upheaval, so I approached the theme with the broad sense of righteous revolution for all who need it.
Special thanks to our amazing crew:
Director: Jerry White Jr.
Cinematographer: Jeremy Royce
1st Assistant Camera/Editor: Brandon Wilson
Producer: Tia White
Make – Up Artist: Tonya Carlson Jolly
Camera Assistant: William Lowry
Production Assistant: Lisa Town

Posted by xokayteamac at 7:12 PM