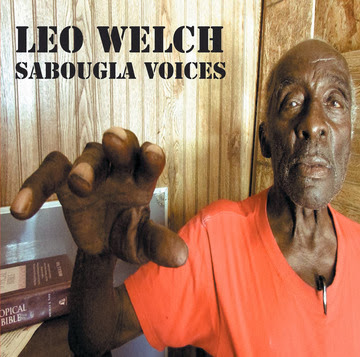 Gospel Blues Debut Album by 81 year old Mississippian Leo Welch. The story of his discovery is amazing. The music is special. The album is one of this year’s best, among all genre's, exceeding all expectations.

The phone rings at the Oxford, Miss.-based label Big Legal Mess. An intern tells the caller, “Oh, we don’t really do blues here anymore.” One of the company’s principals overhears this and grabs the phone. On the other end of the line is one 81-year-old Leo “Bud” Welch from Mississippi’s Calhoun County. He’d heard about the label that brought you Junior Kimbrough’s First Recordings, Jack Oblivian, Reverend John Wilkins, Water Lairs and Bishop Manning and the Manning Family, and he wanted to know if there’d be interest in recording his debut album of downhome gospel and blues. It was then that Big Legal Mess’s Bruce Watson invited him to come to the office and play a few tunes. He was signed on the spot…as the story has it. 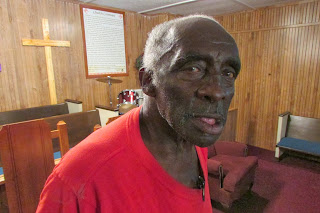 Even after further research into Gospel, I'll be the first to say, my roots are not in Gospel. I've been touched by Gospel singers and music, but not brought up with it. However, my roots are indeed in soul. No I'm not referring to soul music, but the human soul. Leo Welch's Sabougla Voices touched my soul.

This album is authentic, sincere, and poetic. Lyrically he speaks everything you would expect to hear in a church. Musically, well I guess you'd expect to hear it in a church too, but let me tie this into modern music. I see Leo Welch finding a home in today's music space and playing to all ages including the "hipsters.” Musically, Track #1 "Praise His Name" hooked me immediately with its rock n' roll blues vibes and #7 "Somebody Touched Me" is a dancy gospel jam with sweet and sincere female backing harmonies.


I put this in between Worldly African artist Bombino, blind Mali couple Amadou and Mariam, and gospel feel of Mavis Staples (yes I know they are different genders; that's not the point though, it's a musical comparison). I hear Dan Auerbach's guitar riffs layered in there. They aren't, but they could be.

This album is perfect for fans of Blues, Gospel, Americana, Rock n’ Roll, World music, and Soul...both Soul's...your soul and soul music. He closes the album with "The Lord Will Make A Way". It sums up the album. A miracle brought Leo Welch and Fat Possum together 81 years later, and we get to feel it!

Posted by xokayteamac at 8:00 AM