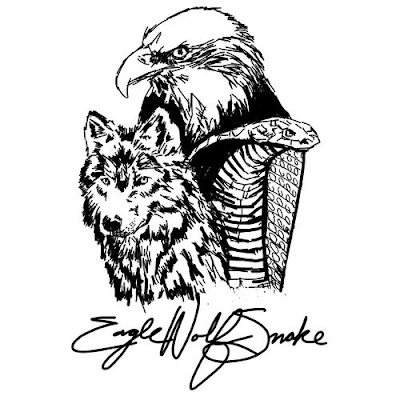 I have to admit that the cover of EagleWolfSnake's new CD looks like something you might find in a middle school art class, a rather generic wilderness portrait of the three eponymous creatures, apparently penned with a black Sharpie, against a white background. I try not to judge CDs or LPs by their covers, but this minimalist approach to marketing seems to suggest a trio of adolescents who have spent too much time in a garage pissing off the neighbors with folk metal. It's a genuine surprise that when you actually load ZANG! into your CD player, you hear something quite different than you expect, catchy and exuberant power pop that will remind you of Franz Ferdinand, Arctic Monkeys or even a touch of The Jam in their later years.

EagleWolfSnake turns out to be one of those trios that sound bigger than they are, much in the vein of The Police, with Nick Bray's layered and anthemic guitar sound, Eli Meyskens' solid and steady bass and Ryan Malley's super-energetic and dense drumming complementing the dense vocal harmonies from all three. (For the record, Malley is responsible for the cover drawing which really isn't that bad, although it might have been transferred from a cocktail napkin.) As a whole the band captures an early-to-mid-'80s sound that's wet with reverb and earnestness without scratching too deeply into the sheer angst of the indie rock that would dominate the scene over the next twenty years. 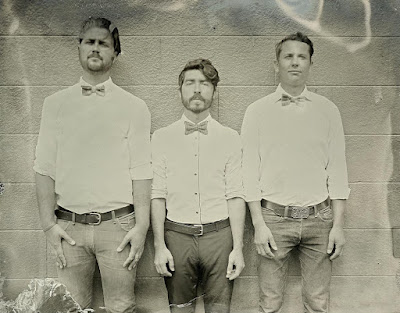 All eight tracks on ZANG!are, in the best pop tradition, exciting and brief and chock full of the energy that you might see during one of this San Francisco-based band's live performances. Only the closer, "Olivia," slows the proceedings down despite all the cheerful handclaps and playful guitar riffs. While there is a hidden layer to EWS' delivery, prompted perhaps by their previous incarnation as a soul quartet called Music for Animals, EWS is content to be danceable and singable. When your songs have titles like "We Are What We Are," "Whatever You Say," and "Do What You Want," it's best not to be too ponderous. ZANG! is light and fleeting, infused with a feeling that everything's gonna be okay. 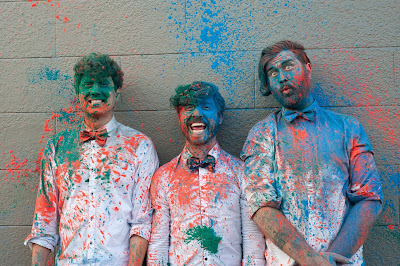 If you actually dig the cover of ZANG!, here's some good news: you can buy a T-shirt from the band that immortalizes said image. It's all about the irony, I know. Forget about the cover, however, stick this CD in your car player and head on down the road. You'll come back home with a big, friendly smile on your face.

Posted by xokayteamac at 3:39 PM