Made of Boxes on CD

Made of Boxes on CD 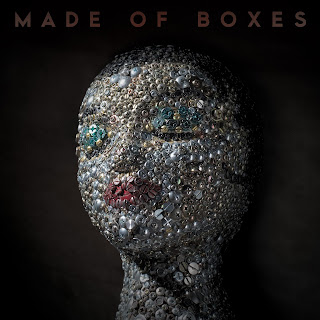 Occupying that same intelligent, melodic indie rock space as Death Cab for Cutie and Arcade Fire, this Seattle quartet is definitely rainy day stuff in a more than geographical way. This eponymous album, their first full-length release after an EP named Alotau, focuses on feelings of loneliness and isolation in a way that neither panders nor seems especially maudlin. Perhaps that's because these four men aren't satisfied with staring out windows and sighing--their music is full of energy and liveliness that might suggest there's a solution to their ennui just around the corner.

Much of this propulsive foundation can be laid at the bass drum pedal of David Testa, who founded the band with guitarist David Chapaitis back in 2013. The focus on percussion is obvious throughout the album--starting off with that visceral kick drum during the album's opener ("Mountains"), Testa's drum kit is recorded with uncommon care, at least for an indie rock band's debut album. If these songs had been performed by a guy with an acoustic guitar and little more, the words "laying it on a bit thick" might come to mind. But the lively tempos and the sheer synergy between the members (which also includes John Hage on keyboards and bass and Luke Brown on guitar, with all four members sharing vocal credits) add another layer to the music that implies a wider range of emotions such as barely suppressed anger and an eagerness to break out of their rut. 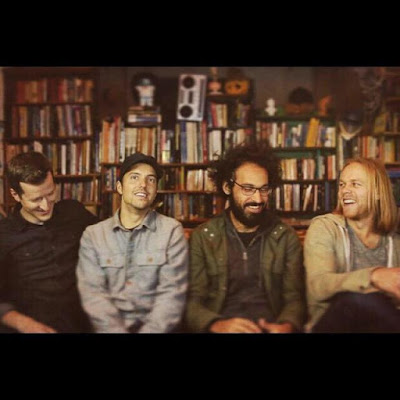 I'm not saying the lyrics are overly sentimental on their own, not by a long shot. Take this stanza from "Raconteur":

I'm a color between the lines
Taken back to reality where seasons end and all has been arranged
Where there are love affairs with warfare and the beggars--
The beggars they howl
Oh I don't see things changing, no not on their own
Cause we're all just fucking broke

I think you might find this sentiment quite common at a Bernie Sanders rally--I think it captures the feeling of being young and part of a world that excludes the opinions and the concerns of the young. So if this band winds up going somewhere, you'll understand. They've really tapped into something here, and this is some of the best new music I've heard in a while.

Posted by xokayteamac at 1:03 PM