The Love Dimension's Forget the Remember on CD 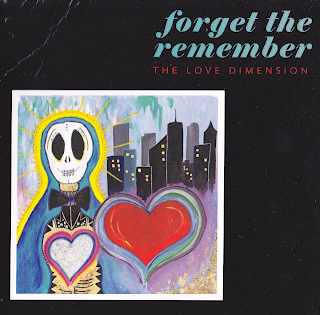 I gotta admit that on most days, the idea of a psychedelic blues garage band from San Francisco sounds like a great idea. The Love Dimension, with its heavy helpings of reverb-saturated vocals and farfisa organs and a plethora of other fifty-year-old artifacts, easily meets this challenge on their new CD, Forget the Remember. Not only does Celeste Obamsawim effectively channel Grace Slick without the arrogant attitude (she relies heavily upon her Native American heritage to add another layer of mysticism), but the entire band commits to the idea that you can still sound like you're playing rock and roll in a small club in the Mission District circa 1966 without winking gratuitously to contemporary kids. 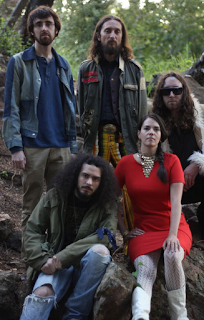 When's the last time you heard a recorder solo in a rock song, as you do here in "Uma Coisa Linda"? When's the last time you heard a lead singer such as frontman Jimmy Dias ask where do we go? and sound so ruthlessly sincere and eager for an answer, ostensibly from someone older and wiser? When's the last time you heard the admonishment, "You gotta live your life" (from "Live Divine") and you thought yeah, you do have to live your life! In these respects, the Love Dimension has done its homework. They get all of these lyrical details down, the wide-eyed-wonder t-boned by a growing sense of cynicism in troubled times. The superficial gee-whiz moments are thrillingly undercut by a sense of liberated sensibilities, which goes some way in explaining the band's fondness for such influences as Johnny Cash and the Velvet Underground--two acts that had to stand outside the mainstream to capture a loyal and more appreciative audience. 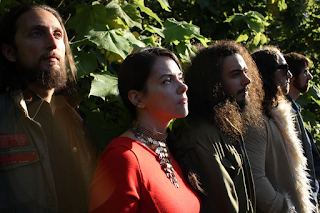 I may be overstating The Love Dimension's intent; first and foremost Forget the Remember is, superficially, a fun listen. I hear a lot of modern musicians who can capture that magic '60s garage band sound without too much effort--although I do have to admit that the grungy sound quality of Forget the Remember takes this commitment to quite another level--but if The Love Dimension's success here seems cautiously calculated, it's only because they're crafting something very specific here. It's one thing to sound like a '60s garage band, and another thing to pay homage to '60s garage bands (a la B-52s) while being slightly sardonic about it. What we have here is a group that sounds like a '60s garage band who just cut its sixth or seventh studio album and suddenly wants to grow and evolve into something more complex. That's not an easy trick to pull off, which is why The Love Dimension deserves some attention.
http://thevinylanachronist.blogspot.com/2012/09/the-love-dimensions-forget-remember-on.html
Posted by xokayteamac at 2:10 PM