The Winter Sounds' Runner on CD 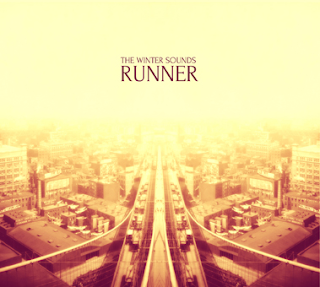 Nostalgic trends usually take about two decades to bloom. In the '70s we became obsessed with the '50s (Happy Days, Sha-Na-Na), in the '80s we started waxing rhapsodic about the flower children and in the '90s we started making jokes about the downright goofy excesses of the '70s. At the end of the century we started putting the '80s on a pedestal--or under a microscope, depending on your sense of irony--especially in the world of music. Bands from every genre seemingly re-discovered synthesizers and drum machines; the sampling techniques that were employed were merely subtle winks to the audience that we were still in the 21st century, but twenty-year-old music is just as cool as ever. So let's all nod knowingly in unison.

It's seems like I've said all this before. So many alternative bands these days are defined by the dates they type into their time machines, and over the last year I've heard the resurrections of everyone from The Ventures to Kiss to the Smiths. The Winter Sounds--a quintet that alternately claims New Orleans, Nashville and Athens, Georgia as its home--has pulled off an interesting time travel twist in its new CD, Runner. They've ventured into that gray area of nostalgic tribute that comes when enough time hasn't passed for homages to become obvious. Think about it...now that we're in the 2010s, what are we going to start saying about the '90s? Will we start growing goatees (I haven't shaved mine since 1995) and start wearing flannel and knit caps (I can't wait since I found both incredibly comfy)?

I remember 1990, and how all the alternative genres started to merge and everything felt simultaneously cool and possible. A band could blend punk, metal and synth-pop and still sound fresh, and the Manchester Sound was absolute theft, albeit a swashbuckling one. The Winter Sounds still holds onto the late '80s with its earnest anthems filled with synthesizers and electronic drums, but it can also borrow from the fullness and honesty of the early '90s, stripped back and returning to the rock and roll basics that would lead to bands as good as Blur and as bad as Oasis. Throw in an equal measure of Anglo-folk from The Waterboys and maybe Big Country--lead singer Patrick Keenan will remind you of a half-dozen British singers from the '80s--and your time machine is set and ready for adventure. 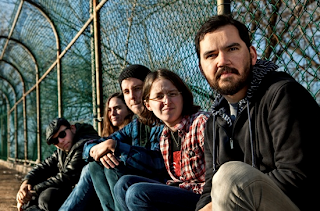 Where this band winks to the audience is in its decidedly modern production (executed brilliantly by Scott Solter, who has worked with Spoon, St. Vincent and Okkervil River, all personal favorites), and its willingness to shift suddenly out of a song for a sudden lyrical tangent. The Winter Sounds is an exceptionally ambitious band, and exceptionally well-oiled as well since they boast about the 500 shows they've performed in the last five years. It's a trademark of these times that a new band like this can sound so accomplished in its beginnings, something bands weren't generally doing in the '80s and '90s. It will be fascinating to see what the Winter Sounds will do next.