NEW MUSIC: The Underscore Orkestra " Tales from the Road..." 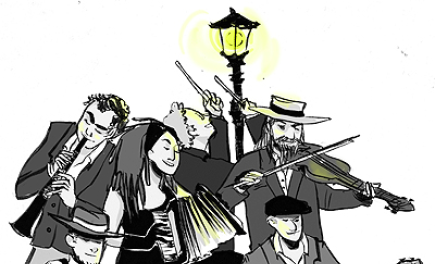 The Underscore Orkestra " Tales from the Road..." makes sense considering the band has plenty of experience of the road. They are currently on tour in Australia and then head straight to Europe from April to July.  If you are a fan of Squirrel Nut Zippers, Gogo Bordello, Devotchka then yet another reason to go check them out. 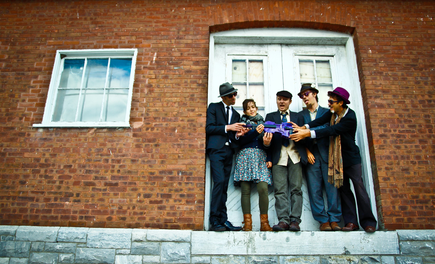 The Underscore Orkestra claims they plays a blend of Balkan, Klezmer, Gypsy Jazzand Swing music both Original and Traditional.

They often incorporate live Belly Dance and Cirkus Arts in their shows. Their Performance evokes the old world and the new, The eerily haunting air of sounds and movements from the east, with definite roots inthe west. Influences are far and wide but range from New Orleans Jazz, to Eastern European Roma and Klezmorim music, Manouche Swing, to acoustic Metal. Their live shows are something to remember for years to come, they are fond of selling many wares, including Underscore Underwear, Uncle Jerry's Magically Malicious Mustache Wax, CD's, Neck Ties, Nude Calendars, Music boxes, and Stand up tub Bass's. Come to a live show or give an email to see what we've got in store. 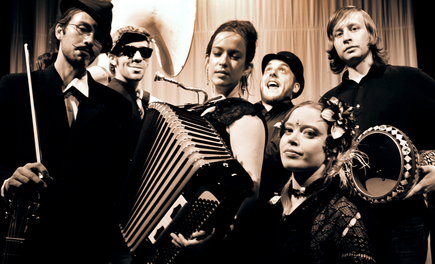 The Band has their 4th Studio album ready for their fans. Where all their songs and arrangements came about during their time on the road. My favorite track off the new album is "American Jam" which the band says they came up with while waiting for a ferry between the South Island and North Island of New Zealand we were eating a gourmet dinner at a restaurant we were playing at in Picton. During dinner this tune came about. That night not having a place to stay a fisherman gave us his apartment that was above the bar, he slept on his boat. Crazy World! The songs and arrangements came about during our time on the Road.

The last time I went to a Gypsy Jazz and Swing show I left the venue sweating like a dog at Michael Vick's house AND didn't care. I plan on hitting these guys up when they decide to come back and grace Portland again with a welcome home show. I am sure i will leave again with all my cloths sticking to me once again!

Posted by xokayteamac at 9:01 PM