Read blog here
Awesome Band You Should Probably Listen To: Grayceon
Posted by Some Guy on 9:39 PM
Labels: progressive metal
I feel kinda bad for that massive review of Call of Juarez: Bound in Blood. I suppose I really get carried away with game reviews, so it’s back to music for a little while. And today I have something quite wonderful for you, the person reading this.


Sometimes, an awesome album just isn’t enough. Sometimes, I feel the need to do plugging of the more extreme variety. Perhaps this is due to boredom of the highest caliber, who really knows. Today, I, the amazing Some Guy, am here with a band that will violate your eardrums with amazingness. Well violate isn’t exactly the correct word here. It’s more like the warm sensation you get after somebody hugs you.

Grayceon is an American progressive metal band that doesn’t sound at all like anything else in the genre. There is nothing about them that sounds like Dream Theater, Opeth, or Ayreon. What we have here is something unique and interesting. I can’t think of a single band that sounds like them, and they are so great I feel the need to plug them.

Now there are a few things that make this band interesting. First let’s start with the obvious. They make frequent usage of a cello! Any band that uses any stringed instrument often is instantly awesome, but oh there’s more. Instead of having just one vocalist, they have two, a female soprano and a dude. Songs are lengthy and frequently change between metal and a more quiet often atmospheric sound. Drumming is great throughout and will always keep you entertained if the awesome guitar and cello somehow aren’t capable of doing so. If that isn’t enough to impress you I don’t know what will. The only thing dislikeable about this band is how the songs are all fucking huge, and therefore their entire discography is only 10 songs. I’m amazed at how not popular this band is. It’s a crime! 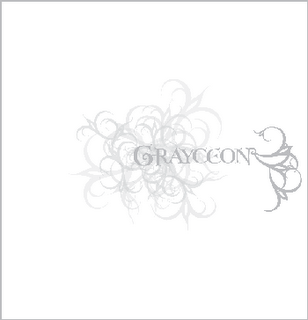 Grayceon - This Grand Show Is Eternal 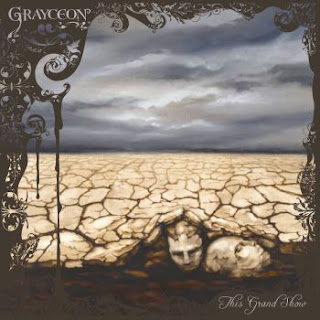 Grayceon + Giant Squid split (You get a shitty Giant Squid song as a bonus! Their other stuff is so much better they should be embarrassed about this song. It really is that shitty) 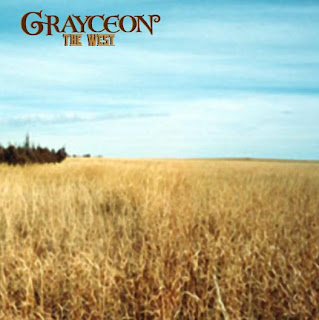 Posted by xokayteamac at 2:03 PM