Figuring out Bonedome requires a bit of perspective 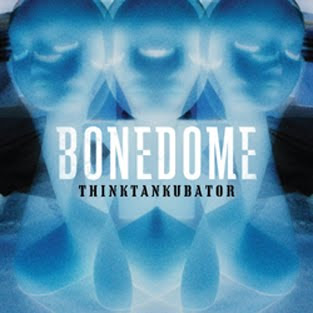 AUGUSTA, GA - Figuring out Bonedome requires a bit of perspective. The band is not so much a “band,” or even a “project,” in the traditional sense. It’s…well, let’s put it this way: you know how, when Neil Young recorded “After the Gold Rush,” he sequestered an 18-year-old Nils Lofgren away from his guitar and stuck him instead behind the piano, an instrument with which he had almost zero experience? And it ended up actually working? Like, really really well? Yeah — imagine a whole band being put through that.

So that’s Bonedome. Strictly speaking, it’s the brainchild of 41-year-old Dallas resident Allan Hayslip, and a collective that amasses an indie-prog roundtable of his closest friends as sidemen. The only reason I bring up Hayslip’s age is to illustrate the tone of the album: at this point in his life, the man has developed the kind of dead-serious-by-proxy sarcasm that can only come from directly channeling middle-aged ennui — check the catchy, loping smirk of “Girl One” for proof. If Hayslip had recorded that song 20 years ago, it would likely have been overshadowed by a sneering sense of youthful entitlement, and would NOT have worked.

But it does work. The whole album works. Considering that all of these dudes have long been entrenched in one of the country’s most formidable and eclectic musical hotbeds, it’s no exaggeration to say that “Thinktankubator” sounds like, well, everything. If pressed, I’d say that the first three Elvis Costello albums and the more rockin’ varieties of New Wave are decent points of reference, but really… you just need to hear this thing for yourself. Just be sure to check your preconceptions at the door
Posted by xokayteamac at 4:07 PM