"Don't Let Me Down" (Beatles cover) - The Toadies

"Don't Let Me Down" (Beatles cover) - The Toadies 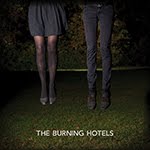 Here's The Toadies in late July in LA. They perform in Dallas on August 7.

The Toadies have a new album, and they're playing the Palladium tonight with

two other DFW darlings - House Harkonnen and The Burning Hotels. Feeler, the

good enough, will be released this summer on Kirtland Records. Expect a

live-wire of a show tonight, and expect to hear their new, er, old tunes

'90s rock-laden hearts. And as if that wasn't enough, hard rock hommes the

things up with a heaping helping of - ah, to hell with it - just go already!
Posted by xokayteamac at 12:57 PM