Review of NO GO KNOW on GASPETC

Time Has Nothing To Do With It
The Union 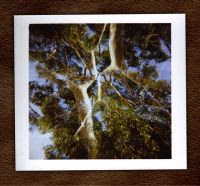 One can not live on metal music alone. Right? Well, I guess that is what I listen to mostly now, but every once in a while I need a break from it. I frequently listen to Rush during these times (as they are still my favorite band), but every once in a while I'll get something from a band I'd never heard of before that I just flat out like the first time I hear it. No Go Know's soon to be released Time Has Nothing to do With It is one such release. This is the Portland, Oregon trio's third release, and the two-disc set combined poppy progressive rock with a bit of an aggressive edge, and even throws in some psychedelic spaciness at times.

Highlights on this disc are many, but "My Black Dog" grabs you right from the start with a throbbing bass groove and jangly guitar parts that hit a crescendo at the end with some crazy over the top guitar work. "Yours is a Small, Still Voice" has a bit of a Talking Heads vibe to it at times, and the middle half trips out into a spaced out bit for a while that I like a lot. "End of a Stay" is a mellow psychedelic trip from start to finish, and might be my favorite song on here - I can just put it on, crank it up and space out for 7-minutes if I need to. "Is It Getting Better?" throws even more out there at you, this time using a lap steel guitar (or at least something that sounds like it) that gives a bit of a country feel to the song - a really good and unexpected change there. "No, We Won't" probably goes as close to the metal side as this album gets, and that is just for a little segment in the middle when the song briefly builds up to a strongly distorted guitar part.

This album won't likely appeal to the majority of our readers, but if you have an open mind and want something that is simply good to listen to, and need a break from the brutal metal for a bit, this will fit the bill nicely.