Pictures of Then in THE ONION

Pictures Of Then, And The Wicked Sea
(Self-released) 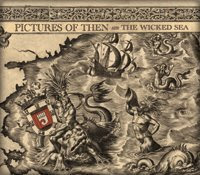 Given the remarkably polished pop songcraft that Pictures Of Then exhibit on And The Wicked Sea—not to mention that the songs from their 2007 debut, Crushed By Lights, got airplay on MTV's The Real World and The Hills—it's hard to imagine that the next CD-release show the Minneapolis quartet plays will be at a venue as small as the Uptown Bar; here's a band that seems destined for bigger audiences and greater acclaim. Wicked Sea flirts with glam rock and psychedelia, but builds its engaging sound on a solid foundation of guitar-driven indie rock in the style of Modest Mouse; though, Pictures Of Then lean more toward pop beauty and strummy ballads than Isaac Brock's rough-edged rock. That isn't to say Pictures Of Then can't rock, which they do on tracks like "History Of Bones" and the catchy, Cars-esque "When It Stings." But while those songs pack some real punches, it's Wicked Sea's more mid-tempo tunes—like the breezily rolling "Questions Anyone?" and piano-driven "Nowhere Is Somewhere"—that are the album's secret weapons, giving lead vocalist Casey Call's clear, bright tenor a good showcase. 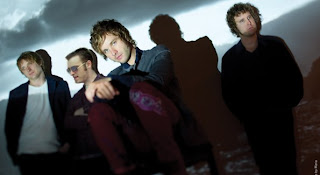 Localized: Two Harbors and Pictures Of Then

Pictures Of Then
Posted by xokayteamac at 10:28 AM