Ezra Holbrook - Save Yourself

Ezra Holbrook - Save Yourself 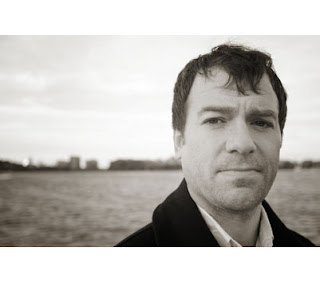 After hearing a few cuts from the latest overwrought and banal album from James Blunt, I sincerely wondered to myself if anyone could write a sweet, intelligent and romantic song in this day and age. Idiocracy aside, I just can't accept that intelligence is directly proportional to cynicism, and that a love song has to have a dark edge in order to be acceptable to your garden-variety hipster in the year 2011.

Ezra Holbrook, I believe, has the answer. Ezra was the original drummer for The Decemberists, and his new album Save Yourself combines a stunning trifecta of intelligent lyrics about love, varied and endlessly interesting instrumentation and great sound quality. Ezra's voice is surprisingly accomplished for someone who was previously just known as a drummer for a very good indie band. He mixes the slight breathiness of Sufjan Stevens with the honest, direct phrasing of Paul Simon, and the result is easy, sweet and smooth.

Best of all, he really has something to say about love that isn't maudlin, angular or overly unctuous. He's the master of the simple throwaway line that comes back to haunt you, like the simple yet poetic declaration in the song "Collide-oscope" that "Everything broken is beautiful too." (He comes back later in the same song to confirm that "You might feel broken but all of those pieces belong where they fall.") And for the record, I also sat up and took notice of the line "I would go to sleep unhappy if I could just wake up amazed" from "Do People Bloom?"; it reminded me of "You know I would die if I could come back new" from Wilco's astounding "Ashes of American Flags."

Ezra doesn't cheap out on his band, either. Like I said, it's varied, and I was constantly surprised by the sudden appearance of an accordion, a flute, a string arrangement or even a '70s-style electric piano. The gentle, jazz-tinged sax solo that ends "Another Light Off in the Distance" is definitely a welcome conceit. The sound quality is unusually warm and natural; on a couple of songs I could even hear when acoustic guitars were being strummed with the fingernails rather than picks.

Not every song is a home run--"God Help the Homeless Heart," for example, wears its heart a little too eagerly on its sleeve with its sentimental yet skittish string arrangement. But Save Yourself is a remarkably smart collection of love songs, and may be the perfect make-out record for the day you finally get that quirky, tattooed IT student who works at the local Starbucks to come over to your apartment.
Posted by xokayteamac at 10:00 AM