How Thomas (the memorials) describes the project: 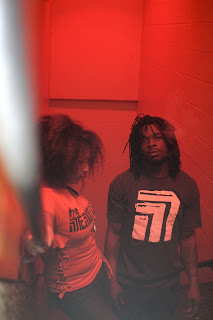 His accolades are well-documented. The winner of the Guitar Center Drum-Off at the age of 9, and the recipient of a full scholarship to Berklee College of Music at the age of 15, it has been clear for a while that Thomas Pridgen was on his way to greatness.

He became the youngest human sponsored by Zildjian at the age of 10, and has studied with an impressive roster of accomplished drummers from an incredibly diverse array of styles, such as: Dennis Chambers, Dave Garibaldi, Curtis Nutall, Walfredo Reyes Sr., Dom Famularo, Virgil Donati, Animal – Meat Puppets, Dave Dacinzo, and Troy Luketta.

Since Thomas’ departure from The Mars Volta in late 2009, his focus has shifted to making his own musical vision a reality. After recording tracks for Curren$y and Mos Def, Thomas went back to his home in Oakland and readied his first attempt as band leader, with The Memorials. With Thomas at the helm, Viveca Hawkins on vocals, and Nick Brewer on guitar they took to the studio and handled business! 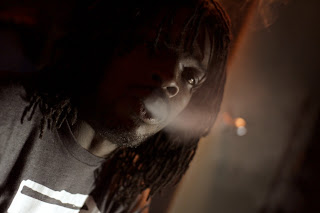 How Thomas describes the project:

“Looking back on how the music and ideas flowed out of us, it was natural from the start, that’s why I didn’t doubt it. Music is supposed to be people’s release. I wanted an energy there (when we were recording), and I really tried to catch everyone’s moments.” He goes on to say, “I feel that I picked amazing talents as band mates, and I’m stoked that we were on the same page.”

Thomas Pridgen is sponsored by the following companies: