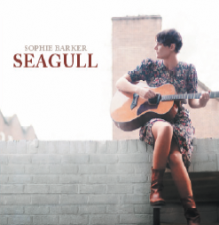 wed 5/2
Sophie Barker
BOOTLEG THEATER
British songbird Sophie Barker doesn't have to scream or shout to get your attention. Instead, she captivates you through a series of subtle shimmers and soft confessions on her upcoming album, Seagull. Laid against the cool blue tones of murmuring keyboards, Barker's soothing vocals cast a contemplative spell on starkly spacey tracks like "Just for You" and "Insight." There are a few moments that recall the downtempo sparkle of her early work with Zero 7, but the London chanteuse has found other ways of catching dreams, such as the swooning orchestration of the title track. Even a relatively cloying and innocuous pop tune like "Bluebell" gets rescued by the late intervention of a funky and savvy horn section. —Falling James
http://www.laweekly.com/2012-04-26/music/Bruce-Springsteen-Esperanza-Spalding-Jack-White/3/
Posted by xokayteamac at 12:20 PM