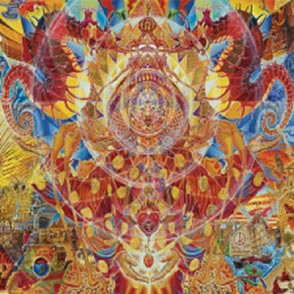 Portland-based hard rockers White Orange’s self-titled debut is filled with distortion and amplifier-blowing walls of noise. The sound takes influence from heavy rock acts like Mastodon, The Locust, and The Melvins with the distorted guitars of early Dinosaur Jr. Sometimes it comes off perfectly, with the wonderful track “Wonderful” being a simple stunner. Other times, the feeling of jabbing drywalls screws into your eardrums would be less painful, with the opening track “Where” being nothing more than a crash of repetitive chords with super-fuzzed out vocals. Happily, with the exception of “Where,” White Orange is a solid metal record. There’s nothing complicated about it. It’s loud, it’s simplistic, and it is chock full of hard-edged sounds. It’s a full on rock album that needs to be played at full volume to be fully appreciated.