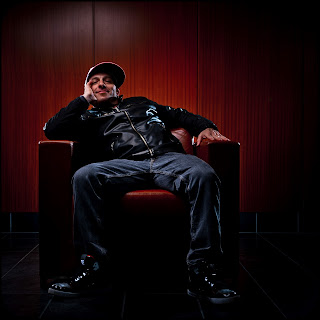 photo cred: Daniel Zetterstrom
Vibesquad once again delivers the usual head banging beats that result in whiplash soreness. Last Friday 5/11/2012, Aaron Holstein a.k.a. "Vibesquad" opened for Bassnectar on their much anticipated "VaVa Voom" Tour.  It was their second to last stop before closing out the tour and the sold out Roseland Theater in Portland, OR felt like a earthquake was in process.
Vibesquad's music defies typical genre labels and covers tempos from hard low-riding Krunkadelics to mid tempo barnstormers. The crowd was pouring in when Vibesquad initially hit the stage. The lower level was about half full when he began his set. By the third or fourth song the place was packed with people fighting for dance room. The transitions between the hard hitting dirty mash-ups to the slow methodical bass lines were seamless.
photo cred: Daniel Zetterstrom 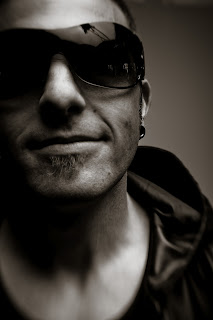 The only criticism I would have towards the show was the lack of stage production. I understand we are all there for the music, but some visual art goes a long way especially at a electronic show. Let's face it the signature heart shaped Vibesquad logo just doesn't cut it! However, make no mistakes about it....your sound and delivery on Friday night was epic! It's not every day you get to feel like your inside of a UFO.
- BLAKE MCINTOSH
www.vibesquad.com
www.facebook.com/therealVIBESQUAD