Is there such a genre as post-hardcore-space-rock 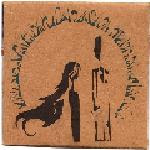 Is there such a genre as post-hardcore-space-rock? If not, I think I may have found it. On Microtia’s sophomore outing, the aptly named Spacemaker , the Oregon quartet seem to have honed in on just such a unique and under-represented genre, while exhibiting the potential to corner the market on it altogether.

Drawing from a variety of influences without losing any originality in the process, Spacemaker crafts a spastic and massive aural experience. Despite hearing bits of At the Drive-In’s grind, Muse’s riffage, and Isis’ drone in the musical composition, the whole equals more than the sum of its parts. That quality alone is a rarity anymore, and Microtia is to be credited for it, as too few bands understand the delicate balance between drawing on an influence and ripping it off outright. Subtle hints of those influences are scattered throughout the album, and in all the right spots. The underlying electric tones serve as a nice counterbalance to the relentless riffs, and create an atmospheric undercurrent that some bands (i.e. Dredg, Circa Survive) usually rely on the guitar to provide. Mention must also be made of the outstanding drumming by Tim Steiner. I’ve never before heard such relentless, heavy, technical percussion seem like such an intricate part of the composition.

I also couldn’t help but notice a compositional method that Microtia seem to have borrowed from their space-rock forbears, Failure. In the majority of Spacemaker’s songs, melodic hooks have been replaced by dissonance and unexpected key changes. Certain chord progressions cause the listener’s ear to expect a melodic right-turn, and it’s in songs like “Early Fish Gets the Worm” that Microtia takes a decidedly hard left. This effect may be grating on some listeners, but I found it an experimental plus to an already unique style.

Spacemaker is not an album I’d recommend listening to unless you’ve got a whole 45 minutes to take in the 9 song soundtrack-to-a-laser-show opus. The tracks all meld pretty seamlessly together, and there aren’t a whole lot of hooks to warrant an enjoyable listen any single one of them on shuffle. The whole album is written in a minor key, and even the “Interlude” is driving and technical. That being said, Microtia could have easily condensed several of the songs, like the overwrought and repetitious “I’ll Fight the Harpsichord”. Eric Leskovar’s voice can seem to be set on monotone in some areas.

The band’s aesthetic is also worth noting. These fine gents have quite the DIY ethic. They claim to have crafted their own instruments and equipment. If that’s so, my complements, as the production is stellar. But that’s not all – their disc comes in a cardboard envelope, finely crafted from the remains of a Coors Light box, and the tracklisting from the front panel of a pack of Marlboros. Whether it’s out of a sense of duty to the green movement, or to idle time in the studio – it’s another unique vestige of a unique musical experience.
It may be overly optimistic to hope that Spacemaker marks Microtia’s attempt to pick up the torch where Cave-In dropped it after Antenna, or too much praise to proclaim a new genre in their behalf. In any case, Microtia’s latest sets the expanses of space to music, and I’m looking forward their next foray into the final frontier.