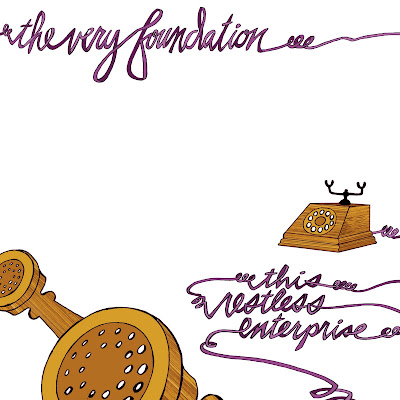 How many indie-pop bands are out there that you wouldn’t know the guys in the band had any hormones what-so-freakin’-ever except that they sport really crappy beards?

So it’s kind of refreshing and amusing and nice that this trio, fronted by Michael Lewis, sings songs about unheard of indie-pop topics like, well…like fucking. Not just “we made love” or “I think you’re swell then you left” pablum, but fucking. I mean, you’re gonna stay tuned to a record that has an opening line of the first track like, “Were you just gonna wrap your legs around me/or was it just that I was pretty and free?” (the song is “My Sweetest Defeat”).

And it’s not just about dirty words and locker room bragging (although the tune “My Angel One Last Time” does feel a bit forced in its “do me” theme. A minor eh-factor). The blunt sexuality of a few of the songs has some back to it with strong-crafted hooks, sparse and spot-on production, and smiling melodies. And horns! Big, full horns. Who’d’ve-thunk it, huh? Fans of The Decemberists (some of whom appear on this) will probably dig this.

(self-released, no address provided)
Posted by xokayteamac at 8:15 PM