The Janks, an up-and-coming indie band from Southern California 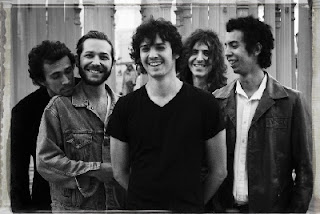 By Autumn Thatcher // In This WeekWhen Tad Dugan, the operations manager at The Depot, recommends that you check out a band, my advice is to listen to him.Dugan suggested I look into The Janks, an up-and-coming indie band from Southern California playing a show in SLC on May 12. I took his advice, and before the first song on the band’s website was over, I was hooked. I called my boyfriend, told him that he needed to mark his calendar for May 12, and haven’t stopped listening since.Soon after my newfound addiction to The Janks kicked in, I’m on the phone with lead singer/songwriter Zachary Zmed. Not long into our conversation, I discover that the album The Janks are currently working on is their debut. This news is a bit surprising to me because what I heard online sounds like music that comes from a band with a lot of experience. It’s so good, that before I realize that The Janks are nearing the toddler phase of their career as a band, I am wondering why I haven’t heard of them before. Their music is eclectic in its style and the songs that you can hear online can be compared to the likes of great acts such as The White Stripes, The Shins and Queen. Zmed’s vocal abilities are undeniable and he can sing with the best of them. The fact that The Janks have yet to hit it big have me that much more excited to see them live because I get to be one of those people who can later say “I knew them when.”I ask Zmed to give me the scoop on his band and where he hopes to go with it and he is sincerely excited to talk about the music. He begins by telling me what it has been like to work on his first-ever album.“The writing process was a bit of an assembly line. I wrote most of the music and lyrics and brought the ideas to the band and then we spent a good amount of time arranging together. The pool of songs was very big in the beginning and there was very light material and very dark material. We were trying to create some type of a loose narrative or some type of story out of all the songs. It turns out that the first half of the record is maybe lighter material, the acoustic side of the record, and then there’s a shift and it’s more like there is a darker, nighttime, much more creepy side of the record. Then the very last tune will kind of come full circle and it will be like maybe the sunrise and kind of linking it back to the beginning of the record,” explains Zmed.Though The Janks have songs online, Zmed says that the tracks on the album are a bit different than what people can hear on their website and part of the reason for the difference in the songs lies in the recording process.“What is up on sites is a little bit rushed. We were just trying to get something together. That whole EP, or whatever you want to call it, was recorded in a few days. We’ve really taken time with this record and done it the way we’ve wanted to,” says Zmed.The album, which Zmed says will be released in July or August of this summer, is still in the process of being finished as we talk. As he discusses the record, he reveals that for the time being, the band is planning to release the record on their own label, Sprouted Records, but they are definitely not opposed to letting a bigger label do the work for them.“Sprouted Records is our own thing but we are shopping it around to see what will happen. We literally, just last week, started letting a few people here and there hear them. If we get some bites then we might go with it and if not then we are going to release it ourselves and just play like maniacs. Regardless of what happens, we are just really excited about what the record itself and the people hearing are going to bring. I’m very proud of it,” says Zmed.As The Janks prepare to release the album, Zmed says that they are excited to give people at their shows a preview of what’s to come by giving listeners a memorable live experience.“I hope that they see me and the rest of the guys getting lost in the music and owning it. And therefore, they feel like it’s an intimate thing and feel like they have more ownership of the music as well,” says Zmed.So, while Zmed and the rest of The Janks are preparing to play their first Salt Lake gig, locals are encouraged to get online and take a listen because I am confident that once you do, you will find yourself with concert plans at The Depot on May 12.
Posted by xokayteamac at 2:19 PM