Black Joe Lewis is a breath of fresh air ...Young people wake up!! This is REAL MUSIC!! 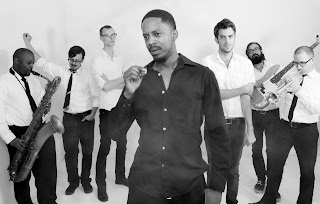 Joe Lewis looked younger than expected, and pulled out all the stops-- including playing leads with his teeth ala Hendrix. The vocals came up short in the mix and so did the horns, which masked the fullness of the band, but Lewis' captivating guitar seemed to cascade over the crowd. 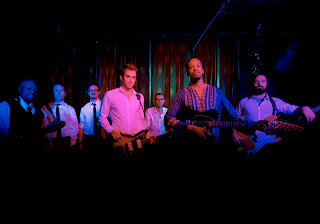 I mused about what kind of crowd Joe Lewis' style of soul might draw. While the show was all ages, there seemed to be a primarily older crowd, with the underage side of the floor practically empty. Everyone seemed to be gripped by anticipation. Unanimously, folks I talked to were confused by the lameness of the opener but content to hang on until the headliner, smoking cigs and slapping back overpriced drinks expectantly.

It was apparent that the majority of his set list was from his new album "Scandalous", but in true rock n' fashion he saved the biggest hits for last closing the night with "I'm Broke" and "Sugarfoot". Overall the show was amazing and it's unfortunate that younger audiences don't seem to appreciate the artisitic value of R&B soul. Black Joe Lewis is a breath of fresh air and it's nice to see a talented artist play live original music. Young people wake up!! This is REAL MUSIC!!