The Hague's Black Rabbit on CD 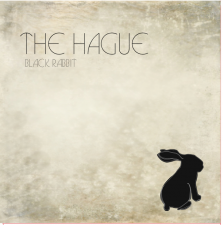 Back when I was in college thirty years ago, much of what we called punk or New Wave took a sudden left turn and became more ambitious, earnest and civilized. It might have started with the enormous support REM started receiving on college radio stations across the country, as well as the dozens of bands subsequently inspired by the boys from Athens. Or it might have been prompted like bands such as The Jam and The Psychedelic Furs who started smoothing out the edges and putting out more pop-oriented fare. Frankly, it could have happened all at once, in a thousand different places. But while this softening eventually bottomed out with the likes of Culture Club, Haircut 100 and lot of other faux-easy-listening backsliders, there was a brief moment when all of these genres sounded so new and old and different, and anything was possible. (This shift would be replicated a decade later when grunge started blending genres together once more.)

I'm bringing this up because The Hague, a Portland-based quintet, reminds me of the period from 1980 to 1982 in the way they insert an undercurrent of decency in their music. I'm not talking about the overstated and anthemic heraldry we used to hear in bands such as Big Country or even pre-Breakfast Club Simple Minds, but a modern interpretation that eschews rough edges for a certain lanky beauty. Or, as the band likes to say about their new album Black Rabbit, it's "quiet music played loud."

Opening with an instrumental ironically titled "An Open Book Conversationalist," Black Rabbit immediately draws you in with genuinely pretty string arrangements that run slightly counter to the rest of the band's sonic attack. Indeed, this is a fairly conventional band which includes band founders and Coeur D'Alene ID residents Shawn Steven (guitars) and Jesse Tranfo (drums) on guitar, Charlie Fisher on bass, James Logan (rhythm guitar), but adds a novelty in "lead violinist" Travis Chapman. This adds a slightly Celtic undertone to the music--perhaps that's why you'll start thinking of Simple Minds, or maybe The Waterboys. Only Steven's weary and modest vocals, less theatrical than the ones of his musical influences, will remind you it's 2012. By the time you get to the second instrumental track, "Passing Cars," you'll be absorbed by the beauty and you'll forget about time travel. 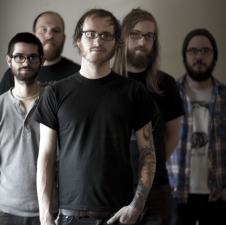 One caveat about this CD, however: the overall sound quality is smooth and round and lopped off at the ends. I don't want to pick on Toadhouse Studios or Vita Mastering, but this recording could use a little more sparkle. When the band really starts rocking, playing that quiet music loudly, this sound quality robs the music of any sort of visceral impact unless you really crank the volume. I suppose that's better than the bright, artificially shiny surfaces that now curse most pop music recordings of the '80s, but I wouldn't have minded if this time machine had been polished a bit more and maybe given a new set of tires.

Email ThisBlogThis!Share to TwitterShare to FacebookShare to Pinterest
Labels: the hague, xo publicity