No Go Know – Time Has Nothing to Do With It

This record seems to be the odd man out from this bunch of reviews. First off, I have a soft spot for double albums so it’s a no brainer to at least mention a band who can pull off this daunting task and keep it remotely listenable. Secondly, plenty of bands outside of the metal genre are pretty damn good – we at SRG.com tend to put the more eclectic selections on the back burner sometimes to stay focused on more hardcore shit. 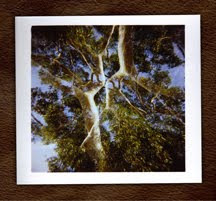 No Go Know would not be entirely out of place in the 1970s. What is missing - and missing in an awesome way - is rock pretentiousness. It's straightforward rock with a touch of prog, but more of a spaced-out kind of prog. The band hits their stride when they rock a little harder, some of the softer tunes are borderline whiny but bearable next to damn near danceable gems like "Good God".

It’s apparent the band has taken careful consideration to the scope of this album. Double albums are usually vulnerable to filler, yet none of the songs on ‘Time Has Nothing to Do With It’ feel as such. Careful atmospherics and thoughtful lyrics really shine on tracks like “There is no End to What We Need” and the overall flow of the tracks is good. It may not be something totally earth-shattering, but it is a listenable album perfect for a rainy afternoon of contemplating the world.