Pictures Of Then reviewed on ILLINOIS ENTERTAINER 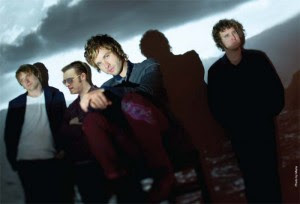 Minneapolis-based Pictures Of Then have gambled by making their name a reference to the past, though it doesn’t turn out to be so much of a risk.

The reward might not be too great, but The Wicked Sea is a mostly charming, loosely performed collection of melodic indie pop. The album art and title seem to nod to The Decemberists, but this isn’t a literary quest balancing epic prog ambition against folk pop. Falling in line with Blitzen Trapper and Voxtrot with a hint of Cheap Trick, where Pictures Of Then come up short is hooks. Their grasp of power pop is firm, however tracks like “Nowhere Is Somewhere” and “Questions Anyone?” don’t bend their lyrical approach to hooks cleverly enough, leaving a string of wordy anthems in their place. The band have a lot to say, they just need to learn how better — which “When It Sings” does — to say it.