So thank you, Judge Jackson, for the breath of fresh air. 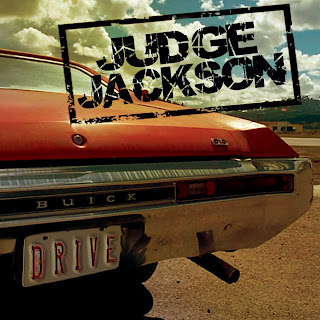 AUGUSTA, GA - I’m not one to complain*, but the stylistic gamut of albums coming down my review pipeline has considerably narrowed in recent years. I’m all too happy to fill you in on the latest '70s hesher throwbacks, or a reasonably talented group of Immortal worshippers, but I’ve got inch-thick files of press releases peddling “the most evil, filth-ridden flame-semen to spew forth from the gonads of Mammon” and frankly, it’s getting a bit old.

So thank you, Judge Jackson, for the breath of fresh air. On their MySpace page, these guys list as influences “Lynyrd Skynrd, Led Zeppelin, Black Crowes, Guns n’ Roses, Tesla, Iron Maiden, Bon Jovi, Allman Brothers, and Stevie Ray Vaughan” and damn it, I believe them (except maybe Maiden; where’s your twin-guitar leads, boys?). The songs are catchy as hell (“Radio”), the riffs beefy and sufficiently whiskey-fueled (“Head Over Heels”), and vocalist Todd McTavish strikes a near-perfect balance between '80s-era bombast and Scott Weiland sleaze. The fact that the whole affair is capped off with a porch-stompin’, dobro-laced honky-tonker with the inimitable Julia Henry lending guest vocals just sweetens the deal even more.

And if the rhymes are a little pedestrian — “You’re New York and I’m L.A./You love to work, I love to play — and the lyrics occasionally cringe-worthy — “We met along the boulevard of broken hearts” — just remember that this kind of thing comes with the territory. Enjoy, you jaded bastard.
Posted by xokayteamac at 9:55 AM