Paper Tongues is unlike anything you've ever heard. Its a good thing.


A Multi-Genre Band Unlike Any Other

Paper Tongues is unlike anything you've ever heard. Its a good thing. 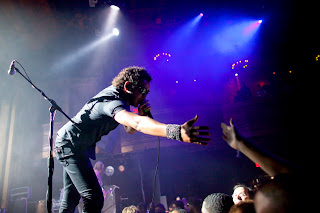 Most rock-fused hip-hop/upbeat bands miss the mark, but these guys deliver something new on every track. When listening to the band's first single "Ride To California" my initial thought was 'Angus Young with spastic hip-hop vibe'. Like most, I thought that the other songs would be similar and I was surprisingly mistaken. Check out another track titled "Get Higher" to witness the diversity in this group.

Rooting for this band. Refreshingly unique.
Posted by xokayteamac at 12:54 PM