Non-etre's Beneath Wind and Waves on CD

Non-etre's Beneath Wind and Waves on CD 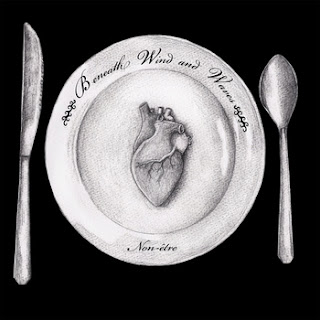 "I just try to write from my heart and stay out of my head," says Portland-based singer-songwriter Shawn Lawson Freeman, who is about to release his new album Beneath Wind and Waves in December. Recording under the moniker Non-etre, he provides most of the album's content including at least half of the instrumentation, and every second of this album is spent with his heart on his sleeve.

At first listen, these songs are almost too direct in their sentiments. Freeman is short on poetry and long on feeling, and his lyrics often reflect this and sound more like excerpts from a note that was slipped under your windshield wipers last night from the person you just dumped. Lyrics such as "You're the sugar in my tea/You're the one I want to see when you have to go away" won't alert the folks at the PEN Center, but after a while you merge with his specific wavelength and succumb to the all-heart, no brain approach.

The music side of the equation is much more immediate in its appeal. Within a few seconds you realize this is a carefully crafted and delicate album, more than capable of switching gears from soft ballad to rocking outro with a modicum of grace and logic. Freeman the musician is a tinkerer, and even in the quietest moments there's a lot going on in the mix. Even the lo-fi tracks such as "Loop Me in" have a clarity that demands your attention, and when he's just singing in his Will Oldham-meets-Sufjan Stevens demeanor, a simple acoustic guitar on his knee, there's still plenty of originality on the stage.

Stephanie Scheiderman, whose distinctive and playful Rubber Teardrop I reviewed just a couple of months ago, helps out on three songs and makes such a strong impression through the entire album that I thought she was a permanent member of the band, not just a "very special guest." She provides the female counterpoint to Freeman's longing and they create a tangible chemistry. Co-producer Jim Walker also provides half of the instrumentation as well as vocals.

This is Freeman's second album (his 2009 debut is called Nice to Meet You, which was released under his own name), and if there's a third I hope employs a little more mystery and lyricism to keep his more jaded fans engaged. At the same time, I suspect there are plenty of music lovers who just want to be talked to, questioned, comforted and embraced. Those fans will appreciate the love and wide-eyed directness of Beneath Wind and Waves.
Posted by Marc Phillips
Posted by xokayteamac at 2:20 PM