THE BURNING HOTELS on AUDIOTIER 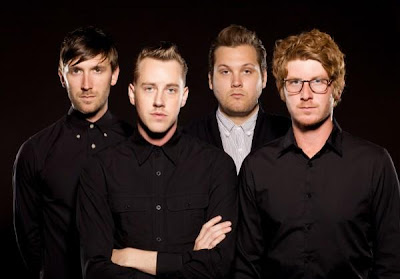 Forged under the inspiration of post-punk and angular melodies, the Burning Hotels cut through modern rock with driving sounds and propulsive rhythms. The band made their recording debut with a self-released EP titled, Eighty Five Mirrors, licensed by Razor & Tie. This EP won the Fort Worth Weekly’s Album of the Year. In the fall of 2009, the band will release their debut full length LP and continue to tour. Mark Needham (The Killers, Bloc Party) mixed this upcoming album tentatively titled, Novels. The Burning Hotels have previously supported the Cribs, the Horrors, Ladytron, the Octopus Project, the Appleseed Cast along with countless other major artists at various festivals across the nation.

The Burning Hotels - Austin's Birthday from You and Yours on Vimeo.

Posted by xokayteamac at 2:47 PM