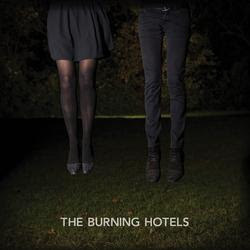 FORT WORTH — Of all the brooding, post-punk rock to surface in recent years, The Burning Hotels are a Texas force to be reckoned with. They released their first EP Eighty Five Mirrors in 2007, which not surprisingly garnered them Fort Worth Weekly’s Album of the Year. Now, three years later they’ll be releasing their new full-length album, Novels – and for their fans, it will be worth the wait.

If you loved the fast-as-lightening rhythms and circular, droning riffs they’re known for, you’ll be happy to know Novels is riddled with it, as is Matt Mooty and Chance Morgan’s cool, polished crooning that would even make Julian Casablancas blush.

the album is a slam-dunk for the Fort Worth quartet. Every song is anchored with indie-radio ready hooks awash in articulated love-lorn haikus. “Austin’s Birthday,” their first single, is a gem and perfect pick to premier what is The Burning Hotels’ quintessential mark on the DFW scene. Morgan’s slick vocal prowess floats through a determined guitar musings and a splash of New Wave synth akin to British mood-rockers like Editors and White Lies.

“Hey” is another master craft with a punchy Mooty/Morgan duet and oi-inspired shouts. “Where’s My Girl” and “To Whom It May Concern” are also album highlights. However, if there is one drawback to the collection, it’s that there are exactly zero songs of the 11 offered that break from the up-tempo fury. “Silhouette” may pass as a gentler intermission-like tune that lets the ears rest for a second (and drummer Wyatt Adams’ arms, we’re sure), but this album is not a slow burn. It's a candle burning hard and fast at both ends. 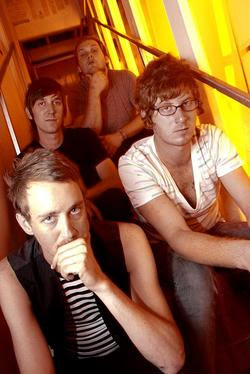 The Burning Hotels take their name very seriously.Lyrically, the songs are personal and mysterious. It’s like a party you missed, and the only details offered are frustratingly vague Facebook updates full of inside references. You want the whole story of whatever heartbreak or life lesson prompted the four-minute ode, but all you get are snippets. But that’s not necessarily a bad thing, since it leaves you hitting the repeat button for context clues.

For example, in “To Whom It May Concern,” Morgan wails, Smoke and pills is what I did, where’d you go my sweet old friends / Making time to make me right, just waiting for someone who’s nice / Alone together is how we lay, forever in love is how we stay / I am wise beyond my years, you are not so please stay clear / We’re better off without you, we’re bold enough to pull through.

So, what happened? I want the whole story this time.