Jessie Torrisi and the Please, Please Me: Country, indie pop 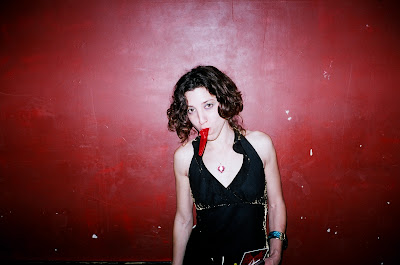 Jessie Torrisi and the Please, Please Me: Country, indie pop

With unbridled enthusiasm, Jessie Torrisi has worked tirelessly to bring her stylized alt-country/indie pop sounds to a growing audience. Different elements of her music have been compared to Ryan Adams, Cat Power and even Chrissie Hynde all with a passion that’s as engaging as her sound.

Jessie’s history is as honest and interesting as she is. Originally hailing from Philadelphia where she picked up drums as a teenager, she spent 10 years in New York City, part of which time she spent playing drums for several bands. After one of the bands temporarily moved to New Orleans, where they subsequently fell apart, she realized it was time for a change that she’d spent all of her time relying on others to help her fulfill her dreams. “For me there was the moment when everything changed,” she stated. “It was a revelation that I had been trusting everybody else but myself.”

It was then that she began her career as a songwriter. Epiphany aside, Jessie was still in the process of getting comfortable being up front, singing her songs. “I was doing it in a closet – one foot in and one foot out way for probably a year and a half before I put out the record.”

She was also in the process of mentally leaving New York and getting ready for a new adventure. Before leaving, though, she decided to amass all of her connections and record Br ler Br ler. “I made the record just to kind of do it,” she said with a laugh, adding, “Then I thought, the record was kind of good. And I thought, maybe I should go do music.”

The album was released in October of 2008 and she moved to Austin at the end of the following winter. The perpetually driven Jessie had a short time frame to start making things happen. “I gave myself about three months from touch down to starting performing.”

From there, Jessie has become a wrecking crew of sorts, doing whatever it takes to get booked and have people see her perform, knowing that if people hear her, they’ll like what she has to offer. “It’s the only thing you can really count on when you’re in a room and you’ve got a guitar or mic in your hand and you say something or do something that’s going to move them,” she said.

While she works tirelessly to be heard, the task of eventually making music a career is daunting. “I love it,” she said, “but the financial aspect is terrifying.” She added, “It’s definitely a leap of faith, there’s no question. I try and just be as educated as I can. Rock ‘n roll can be my Jesus thing something to believe in blindly.”

The hard work has paid off with increasing recognition not only in her adopted hometown of Austin, but across the U.S. where positive press from her CD and live shows continues to pile up. Fans and music critics alike get caught up in her beautiful soulful voice laid over subtle songwriting opting to move away from the normal acoustic guitar, “it’s just not me,” towards electric. To classify her sound as alt-country would be to minimize its impact the sounds and textures move beyond simple categorization towards the simple description of “damn good.” “I do feel super inspired by all the great feedback I’ve gotten,” she said.

Building on the success of her album, Jessie has begun touring with some regularity with her band Please, Please Me, getting her music out to the masses. “Going on tour is like breaking your cherry no matter when you come home, you feel like a musician.”