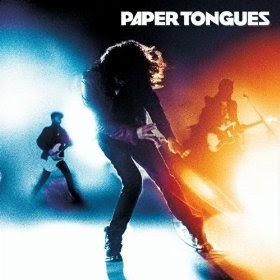 My song recommendation for today is titled “Ride to California” by a band called Paper Tongues. This song has some awesome energy!

I really think the lead singer (Aswan North) on this track sounds fairly similar to Freddy Mercury when he is singing on this song. The vocals on this song are almost a singing/rapping combo, as they are very rhythmic. The vocal combination really sounds great on this song, and truly is the highlight of the song.

Paper Tongues really have a distinct sound that you do not hear very often. I really like that so many bands are mixing various styles of music to create something new and totally different than we have been hearing before. I wish more groups were willing to experiment with different sounds. They way I feel – music is music, and no one has to stay within certain boundaries of what is considered to be a specific genre. I also like when a band can get people listening to another style of music just by adding the influences into their music.

The official video for “Ride to California” consists of pretty simple shots of the band playing live in an outdoor setting. Although, this video does a great job of conveying the energy of the song with the use of the strobe and moving head lighting. Take a watch/listen and let me know what you think of it:

If you like the song “Ride to California,” help me pay for hosting this site by buying the song using the iTunes and Amazon links below. The MP3’s are the same price as you would normally pay, but I receive a small commission (very small) on any purchases. Thanks for reading and listening to my music recommendations!
read it here
Posted by xokayteamac at 6:40 PM