Spacemaker is cool CD from the band's attitude on down 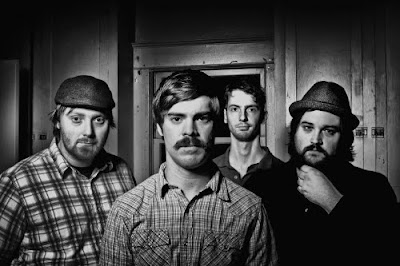 You don't judge a book by its cover and all that rot, but that doesn't stop you from talking about it. The same is true regarding the insightful CD packaging of a new band from Portland. They are Microtia, their CD is called Spacemaker and the "jewel case" is made out of the cardboard remains of a Bud Light box. I was quite ecstatic that someone actually found a respectable use for the packaging of that beer. The logo and such is on the inside. The plain cardboard is on the outside, along with some artful stenciling. Some of it looks like Elvish script straight out of Middle Earth. The track listing is printed on the back of a Camel cigarette box. It was rather ingenious, I thought, and I hope others follow their pattern.

So we've got these young rockers - green musicians, as it were - who are, apparently, environmentally conscious, what with using this recycled stuff, and playing the music of rebellion: punk and prog-metal. It seems almost contradictory, ironic to a degree. Or is it? Are they making a statement in the battle of consumerism versus conservation? You decide on that front.

Maybe we can refer to them as punk earthers. I mean, these guys even reportedly make their own instruments. I almost can't help but like them. They have an independent, do-it-yourself attitude. It helps that their music isn't bad, either. As mentioned it's very punk-like. The vocals remind me of Ambitions and the rest is reminiscent of Crime In Stereo. And they also made me think of a punk version of Voivod. Yeah, wrap your head around that.

But it's not just punk. The whole record has a very, well, gothic texture to it with deep, sustaining tones. They're like a musical alloy of dark punk and progressive metal. They've even got some cool Viking warrior army chanting stuff (they call it combat rhythms) - see the seventh song, "That's The Problem With." A lot of the songs sound a little psychotic and meandering but that's not necessarily bad. Oh, and hats off, hands together for bassist Alex Buck and drummer Tim Steiner - especially Steiner. Those two beat out some fabulous grooves on every song here. "Tone Mtn Vs the Body of Riffage" grabs your attention by way of the rhythm section right away. "Interlude" is another showcase for them. Steiner never seems to stay still; he utilizes every piece of his drum kit, on every song it seems like, and yet it never feels like too much. In fact, it made me want to hear more.

I thought the band name was some kind of science-fiction-ish title, but it isn't. Microtia is the name of a congenital deformity of the ear. Now, when I was younger I would have probably been totally on board with a name like that, but for some reason now it disturbs me a little. Maybe it was the pictures of babies with deformed ears that I found while looking up the name. Now I look at the cool packaging and that's all I see. Obviously I'm just getting old. The word also means 'little ear.' At least it's related to the auditory senses.

The songs do seem lethargic at times, and while there are some tempo changes within each, as a whole the record has the same sound. Despite all that, Spacemaker is cool CD from the band's attitude on down.
Posted by xokayteamac at 7:43 AM