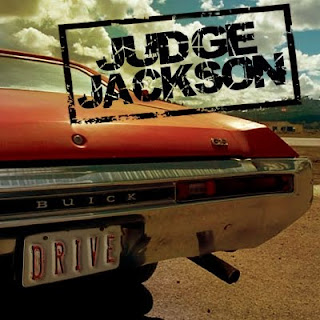 
Southern rock springs off the frets of Judge Jackson's fifth album. The album opens with Head Over Heels whose main riff sounds like a southern fried take on Led Zepplin sets the tone for the album, a radio friendly chorus and a slightly unkempt energy combine to appeal to the masses while retaining a sense of rebellion. Todd McTavish boasts a mildly deep timbre to his vocals that sounds almost sarcastic at times. Radio is the first highlight for me its playful grit, and smooth chorus line, in some ways like Spin Doctors if they were from below the Mason-Dixon line. And the GnR feeling guitar solo leaps about like a rabid cat. However it's the title-track which truly shines above all others. The foot-tapping bass line, and intense slow-burn to the nostalgia-drenched chorus where a catchy chorus melts into you like a hot knife. However, after that song it seems like the album sets the cruise control and none of the subsequent tracks ever really reach the same level of songwriting quality. The initial passage of Letting Go reminds me of House of the Rising Sun before dipping in to some melodramatic ballady rock that would make the 80s LA scene proud. Judge Jackson continue to back themselves into a corner with another (power) ballad on Me Then You. Meant To Be closes the album and is a playful but self-indulgent country duet between Mc Tavish and Julia Henry that adds nothing but a bit of whimsy to the album. Aside from a couple of tracks something seems to be missing from Drive. A certain catchiness or maybe its a certain layering of depth. The songs rock and are mostly catchy but they don't continue to hold on to me.
http://www.nocturnalcult.com/newcontents.htm
Posted by xokayteamac at 6:50 PM