It's time we went Gaga for Schneiderman 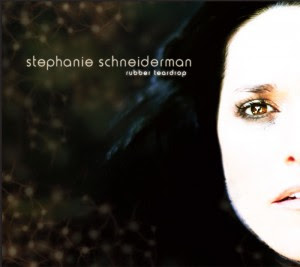 It's time we went Gaga for Schneiderman

IN these days of Lady Gaga and her poor quality imitators, it's so refreshing to come across a singer who doesn't have to try so hard to captivate.

I only became aware of Stephanie Schneiderman last year when I discovered that she was supporting Dan Reed on one of his UK tours.

Her album Dangerous Fruit became a staple on my iPod, but it was seeing her live that truly sealed the deal.

On stage with just her guitar and no studio trickery, Stephanie held her audience spellbound.

And her new album Rubber Teardrop proves it was no fluke. Once again, Stephanie shows she is a talent who deserves a bigger stage.

It's a crime that someone like Adele can spend months at number one in the UK charts, while Stephanie barely registers on the radar.

She is quirky - but not in a Lady Gaga 'look at how mad I am' kind of way. She knows how to write a song without resorting to wearing meat dresses or telephone hats - and boy can she sing.

The tracks on Rubber Teardrop move her to a new level and I can't wait to hear Stephanie perform them live.

Stephanie has gone for a more electronic sound on the album, but it still has all her trademarks.

I'll shed more than rubber teardrops if the music-buying public doesn't wake up to the fact that she is a talent they need to hear.
Posted by xokayteamac at 12:31 PM