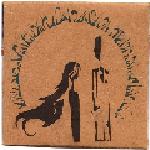 Category: Music In My Ears —
http://www.dryvetymeonlyne.com/2010/09/23/microtia-spacemaker/

It’s easy to use the work of Josh Homme, whether Kyuss or Queens Of The Stone Age, as a touchstone to describe any sort of hard rock that’s actually good, and not the sort of derivative crap enjoyed by meathead jock types. I guess that’s what happens when you are able to create strong, driving rock tunes that possess some authentic musicianship while still being able to punch you in the gut. Much to its credit, Microtia stands firmly in Homme’s camp, as Spacemaker is replete with complex arrangements that flirt with prog rock, but still know how to throttle your ears to maximum effect.
If the guys in Muse actually had balls or if Silversun Pickups were able to drop some of its Smashing Pumpkins affection and come up with its own ideas, they’d probably be able to affect what this rugged quartet has crafted here. Admittedly, there’s nothing necessarily new here, but it is damn good – powerful drums are paired with a thundering bass, while pummeling guitar riffs serve as a keen complement to the Soundgarden-esque vocals. The band has definitely matured since its 2008 debut, Distance Is Oval, but the tunes are still appropriately ragged at the edges, and the band is sounds eager to show people that not all bands from Portland, OR are clones of The Shins or The Decemberists.
I could heap a veritable pile of aggressive and apt adjectives upon the band’s sound, but that would only display my acumen with a thesaurus (and that’s not very rock-n-roll at all). What I enjoy most on stirring tracks like “Can You Hear The Jets,” “I’ll Fight Harpsichord,” “Tone Mountain Vs. The Body Of Riffage,” and “Pocket Full Of Bee Stings” is how the band regularly gives itself ample room to rock out so that the music never falls into any sort of rut. And there’s still plenty of meat-and-potatoes rock to go around here, as the group has a firm grasp of proper hard rock dynamics: i.e., they know exactly when to pull back just enough before launching into an ever larger section.
It’s good to know that, in an indie music world overwhelmed by chillwave and all manner electro-tweakery, there are still bands seeking to make neo-classic rock music, and Microtia has delivered such tunes on Spacemaker. It’s your move, Brooklyn.
Posted by xokayteamac at 12:08 PM