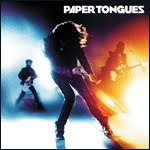 —
“Trinity”
I think it would be a sweet twist if Passion Pit did their thing to this song. Not necessarily remix it, but [Michael Angelakos'] voice and their groove would be perfect.

“For the People”
B.O.B. would be really interesting on this one. The verses are pretty quick and flow tight, and he already has a couple of anthemic choruses.

“Ride to California”
I really want Beastie Boys to cover this song. I’ve seen them live only once, but their energy was insane! Especially for being so freakin’ “old”!

“Get Higher”
Justin Bieber. Only because it’s the “poppiest” song we have, and he is the “poppiest” artist I could think of. And he is so famous, he would make us a lot of money somehow.

“What If”
Coldplay would make this song the most heart-wrenching thing you’ve ever heard. Somehow, when [Chris Martin] sings, you think he is singing straight to your soul. It’s like eye contact.

“Soul”
Mutemath. The beat reminds me of them. Actually this whole song does. Their incredible live performers as well. Truly inspiring.

“Everybody”
MGMT basically could do whatever they want. And I want them to play this song.

“Strongest Flame”
Journey. Steve Perry [era] Journey, though. Steve [Perry] and [Paper Tongues singer] Aswan [North] actually because friends last year, and we are trying so hard to get him to work with us!

“Rich and Poor”
Travis Barker. One of my favorite drummers. He hits so hard, it makes you squint your eyes. I love his hip-hop/rock feel, like this song has.

“Love Like You”
Taylor Swift. I feel like this song could go contemporary country for some reason …
Posted by xokayteamac at 1:04 PM