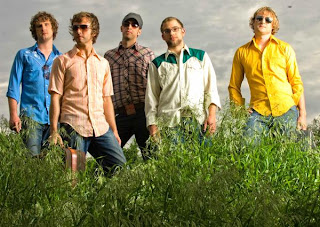 Pictures Of Then - When It Stings
April 29, 2009 by Comfortcomes
Filed under Mp3s


Pictures Of Then are releasing “and The Wicked Sea” in August and were kind enough to allow us to offer up a track from that album. This will be the bands second album and they have an interesting Flaming Lips meets Dr. Dog vibe going on.