Want to introduce you to someone I stumbled upon that I greatly enjoyed... Mr. Hands. For me they channeled a Beach Boy's meets The Strokes. Thinking some surfers here on the west coast would be into this album weird hands and all! 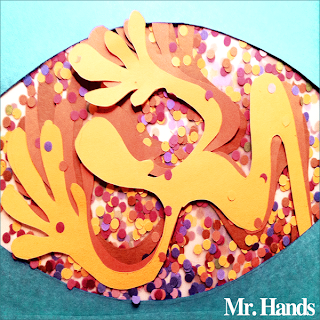 
Being you speak German on track 3 “Du Wirst Schon Seh'n” does the rest of the band even know what you are singing about?  How do you write melodies and parts for a song that you don’t know what the lyrics are.... FOR EXAMPLE (you could be saying super super pop uplifting things and writing riffs and guitar parts for a dark slow gloomy song....)
Clemens: We briefly talked about what the song is about, but I never translated it for them. My father wrote this song back in the 60’s with his friend Michael Baier, and for some reason it never needed an explanation. I grew up speaking German and was surrounded by songs in English, but me not understanding any of the words never kept me from “getting” the music. I suppose I trust that music itself can portrait a mood and feeling. I think that this recording solidified that idea since both my dad and I agree with the reflected feeling of the “new” version Mr. Hands made.
Mr. Hands - Hands' EP - 03 Du Wirst Schon Seh'n by xopublicity

Josh: When Clemens sings in German I hear it as a kind of texture in the music. Clemens is a very expressive singer, and as he performs, no matter what language he is singing in, he sets the tone of the music. It really tickles me to hear what is known to be a very rough and brutish tongue, as something that is actually quite sweet and musical. I like it so much, that upon hearing a new demo Clemens recorded, I suggested that he should sing some of the verses in German.

Aaron:  Writing a part involves focusing in on what fits the song and the musical mood we want to convey.   As far as striking a discord with lyrics, I’m all for it.  A song or arrangement that seems to “not fit” with its lyrical content can work brilliantly.   There are many examples.  Gram Parson’s “Still Feeling Blue.”  The Smiths?  The Magnetic Fields’ “I Don’t Want To Get Over You” is a catchy pop song about struggling with a breakup.  Why not?  The tension works.  For the record, I still have no idea what “Du Wirst Schon Seh'n” is about.
Dan: I enjoy good lyrics, but when I start figuring a song out with Clemens or anyone, one of the last things I think about is sticking to what the words would suggest. In the case of Clemens’ father’s song we had advantage of a recording to work from, giving us a really clear framework. Normally, one of us comes in with a vague concept and we play until it makes sense to everyone. Most of these songs have been played in totally different and unrecognizable ways and could change still. You can make anything work.


What is the biggest difference as a musician in Germany versus America?
I didn’t really start playing or writing songs until I left Berlin in 2004. I come from a very musical family and that somehow distanced me from making music for a long time. When I came to Massachusetts to live with Sibylle Baier, I realized that I am very much missing that ingredient in my life, so I asked her to teach me some guitar and we started writing songs together. Her lightness and wisdom have been the key to my music. When I go back to Germany, i don’t feel as distant from music as i used to.

What is the story with your band name Mr. Hands
collective response:  we plead the fifth... but also, clemens has scary alien hands.


This album being recorded w/ vintage equipment... Do you have a dream piece you would love to record with for next record?
We didn’t expect to be able to geek out in this interview. Our dream pieces are probably a Fairchild 670 compressor and a Studer 8-track Reel-To-Reel. Those would be nice things to have and use.


Who would be your dream tour co-headliner? Dream tour vehicle? Dream tour rider?
If this is a full on dream tour then we would probably be travelling with the Beatles, our live-engineer would be Geoff Emerick (we d’ trust him to drive too), and the vehicle would be an intergalactic spaceship that would allow us to travel at the speed of light. It’d be nice to hear what things sound like on other planets, we ‘re all just stardust after all. An alternative would be to tour with The Minutemen FEAT. Robert Johnson through South America. Our vehicle is roller blades and birds would carry our gear.
Biggest compliment a fan ever gave you? Biggest insult?
When we opened for the band She Keeps Bees, Jessica Larrabee said that our music was strangely familiar yet unexpected... it made her feel at home. That was certainly the biggest compliment we have gotten. Though, some people have told us that we are just another band that loves the Beatles, which we do.

What do you want listeners to feel when they hear your record?
Well everyone should have their own relationship with the Hands’ EP, so let’s not list any adjectives here...

Can you remember first album that you ever got (purchased or received as a gift)?  Do you still listen to the band or music like it?
Clemens: I remember buying Happy Nation by Ace of Base when it came out, but I haven’t put it on in years.
Dan: I was given Let it Be with a CD player when I was four, I think, but I certainly wouldn’t have bought that myself. I bought Dookie and a Spice Girls album at a Staples at some point. That’s far more significant.
Josh: When I was a toddler we used to have a box of cassettes in the car. One of the cassettes was Bob Marley’s Legends, a greatest hits album. Our car was broken into, and all of our tapes were stolen. I begged my father to replace that tape, and he bought it for me for Channukka. I was about four or five.

Aaron:  I grew up with Steely Dan, who are still my favorite. A lot of Steely Dan and Sting and Bonnie Raitt and stuff.  The first music I wanted that wasn’t my parents’ was soundtrack to Baz Luhrman’s Romeo + Juliet. This was around the third grade. I wanted it mostly because Everclear’s “Local God” had some cursing in it. Radiohead’s “Talk Show Host” is on the same soundtrack. I really liked that song. Coincidentally, it also has some profanity. Later that year I made my grandpa buy me Mellon Collie and the Infinite Sadness. I love Radiohead, and I still think that “Local God” is a pretty good song.
What can my readers expect from you in 2012 (any touring, music videos, new records?)
We have a decent collection of demos that we ‘re currently fooling around with, so you can expect another record soon. Also, we are currently working on a music video for one of the songs on the EP and we will be playing a few shows on the east coast this summer.
Find more on this band here: http://www.facebook.com/pages/Mr-Hands/328213580531593
Even better news their album is FREE!  http://mrhands.bandcamp.com/
Posted by xokayteamac at 12:00 PM