Live show review : Boots Riley and the Coup at the Wonder Ballroom 2/16/12 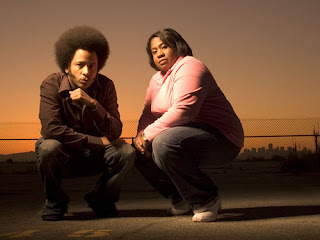 Thursday night's effort by Boots Riley and the Coup at the Wonder Ballroom demonstrated unequivocally that hip-hop can be translated to the stage.  It helps to have a full band backed by keys, heavy rock drums, five-stringed bass, and a new guitarist-- who, although down-played in the mix from the soundboards, adequately shredded tracks on a Hendrix-style strat.  New singer Silk-E added energy and a little booty-shakin' while turning the crowd inside-out with one of her own numbers, and covered "Satellite of Love" from Lou Reed's "Transformer" album later in the set.
Even with all this hard rockin', some fans found the earlier set by underground turntablist Buck 65 hard to follow.  His quirky gyrating dance moves and lyrics about being "built like a horse from the waist down" had even the most skeptical in the audience doubled over. 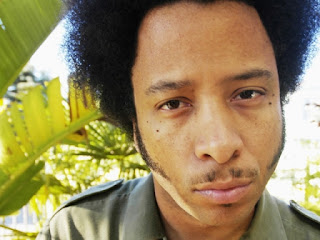 While Boots said they didn't know the new material from their forthcoming album due out in september well enough to play them on stage, they did cover an eighteen year span of material, playing songs like "Gunsmoke," from "Genocide & Juice".  High points in the set included "Laugh/Love/Fuck" and "We are the Ones."  Boots ended the set by speaking to the ongoing Occupy movement, the band teasing "Smells like teen spirit" in the final jam.  The encore began with a Boots freestyle into "Lazymuthafucka," followed by "Wear Clean Draws" from "Party Music."  There's still hope for hip-hop…at least in Oakland.