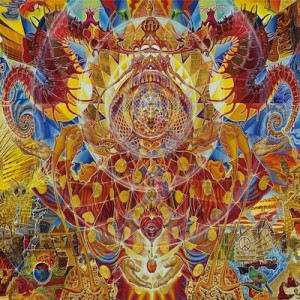 White Orange - White Orange
Loud.  Insane.  Tritely comprehensive.  A shit ton of fun.  This could pretty much sum up Portland Oregon’s newly founded thrash rock sensations White Orange.  They are a loud brand of pyschedlic madness, the likes of which have rarely been noticed until now.  With their self titled debut album in hand, this is a group that is approachable for metal, punk, and good old rock and roll fans alike.
While a track with a title such as “Kill The Kids” might disrupt the average not-so-hard rock listener, it is actually a track that holds a 90′s alternative to everything sound that was so highly acclaimed when Sonic Youth did it a decade before, while being accepted in the grunge era as well.  Sure, White Orange is prone to a bit of screaming, but they are without a doubt a much finer portayl of thrash core than their previous successors of this age.  They take sort of classical element when composing tracks like “Save Me” and “Color Me Black”, the latter of which is very reminiscent of the highly underrated Stabbing Westward.
While we have become prone to only loving simplistic indie rock and understandable heavy metal, there should always remain a soft spot for the hard edged, exterminators of reality sound that a group like White Orange has blessed us with in this strangely distant day and age.  Sometimes we just need to rock.  But how can we do this without losing our artistic integrity?  Just throw in White Orange’s self titled beauty and begin to relive the glory years when “alternative” was not a brand name for bullshit radio stations playing “Spoon Man” on repeat while advertising mattress outlets.  Rather the period where you could be loud, proud, and purposely deprived of adhering to the social norms.  You know, the way rock and roll was suppose to be!
Posted by xokayteamac at 11:13 AM