This lady's got a fire behind her eyes. JESSIE TORRISI 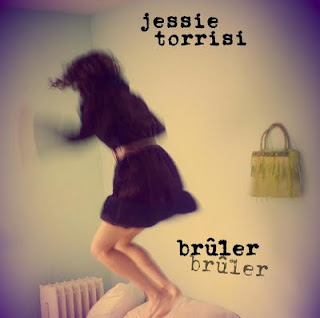 This lady's got a fire behind her eyes. She's sassy and a stellar songwriter, with a deep and sensual voice and some serious skills on the drums. After playing as a drummer for a dozen New York rock bands, she recently transitioned to her latest role as front-woman of her own band quite successfully indeed.

Influenced by Americana, folk, and her having lived in Texas, Brazil, Brooklyn, and New Orleans, her eclectic musical sensibilities are fun and touching at the same time. Now taking on the electric guitar, harmonica, and kazoo, she really is a multi-talented instrumentalist and vocalist.
If you are craving some mellow, non-dramatic, but impressive down home music, look no further than Ms. Torrisi's newest incarnation of a band.
Songs we recommend you listen to: "Hungry like me!," "The Brighter Side," and "The X in Texas."
Posted by xokayteamac at 9:53 AM