Cave Syndrome holds you close and forces you to be mellow 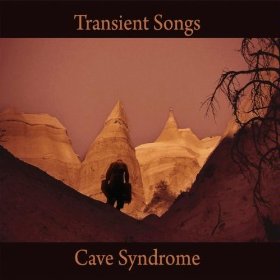 The concept for the dreamy sounds of Transient Songs started to materialize for Texas-born John Frum in Seattle two years ago as a writing/recording project. A veteran musician, Frum had found cult status fronting Fort Worth’s Hasslehorse and playing drums for Dallas punk group Hagfish. Released digitally in May, Cave Syndrome is Frum’s first album under Transient Songs following 2008’s EP Plantation to Your Youth, teaming up with former Pomonas bassist Andy Gassaway.

The result is ten songs of haunting, psychedelic photographs in sepia-tone. Opening with “In this Darkness Light Seeps Through,” Transient Songs moulds a sound that is peaceful and summons images of The Bryds mixed with a measure of George Harrison’s “My Sweet Lord” thanks to its ethereal slide guitars. A sensation of sitting in the sunny autumn air in the countryside is a close equation to the feelings Transient Songs instils off the bat. Although possessing a warm and crisp feel, tracks such as “Smoking Slows the Healing” and “The Cancer in our Bloodline” hold perceptions of dazed emotional detachment and isolation.

Along with a PR summary drawing parallels to groups such as Galaxie 500 and Mercury Rev, a strong taste of Syd Barrett-flavored 60’s psych infuses itself with each track. A listless surrealism makes itself heard with lines such as “the sun shines inside out of you” and images of “morning skies black and blue,” conjuring the experience of ghostly, sedate acid trips set in frontier times. “Thirty-three and out at sea” is an alien existence Frum paints in “A Burrow Patch;” an ache in a time far-gone and coarsely simple.

Although met with the occasional unsettling yell or kitten-like mewl in the background, Cave Syndrome holds you close and forces you to be mellow. 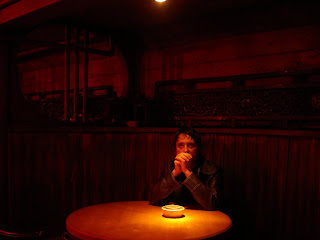 Swirling in the middle of a sea of acoustic violin and cello strings courtesy of Amanda Lamprecht and Ruth Davidson respectively, electric guitars and a grand organ noise is a voice with a sensibility somewhere between Cat Stevens, Neil Young and Sonic Youth’s Lee Ranaldo a la “Rats.” Although met with the occasional unsettling yell or kitten-like mewl in the background, Cave Syndrome holds you close and forces you to be mellow.
Posted by xokayteamac at 11:29 AM